What Has Turned Cinderella & Prince Charming into Snowflakes? Part 2, Society and the Education System

The gig is up.  Society and the educational system has been unveiled as supporters and co-conspirators of the Snowflake generation, and it is apparent that they have lost control.  They have not only helped cause the problem, they are reaping the consequences as well.  Not a pretty picture. 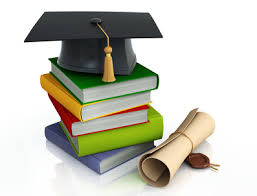 First a quick recap of who Snowflakes are and where the seeds began.  Snowflakes are almost cult like.  They are a generation of uninformed and uneducated kids who reject facts that produce successful adults. They reject  concepts that produce winners.  They thrive on rebellious behavior, and are emotionally vulnerable individuals who have probably never heard the word no, or had to face consequences for their actions.  They have not learned boundaries and think throwing tandems  will get them what they think they want.  They probably grew up with trophies lining their bedroom walls that they didn’t earn but only had to show up to get.  They have grown up in an atmosphere of, don’t bother to think, we will do it for you.  They have been told they are special without doing anything to earn that label.  The journey of becoming Snowflakes began with their parents.  I don’t think the concept of reason or common sense has ever been in their vocabulary. A misguided society has stepped aside and let them run wild.

I believe the seeds of this movement began when a Pediatrics Psychoanalysis named Dr. Benjamin Spock wrote a book on child rearing which preached permissiveness and  instant gratification as  teaching tools,  and encouraged parents to focus on the uniqueness of the child. No where to be found were the concepts of boundaries, respect,  responsibility. or self-control.  Why parents didn’t throw this book out with the garbage is beyond me.  His book came out in 1946, and the movement must have had a lot of momentum by 1998, since over 50 million copies had been sold by then.  That was 19 years ago.  This number is important, because that covers almost two generations, so by now grownups have seeped into the world with these attitudes being a part of their belief systems, and many have chosen teaching as their profession.  Bingo.  Now teachers were teaching the lesson they had been taught.

It is my belief that teachers need to have the mind-set of Supreme Court Justices. Interpret the law, don’t break or rewrite laws. They need to encourage their students to think and reason for themselves and not try to brainwash them. Teacher’s responsibilities should be to teach  what children need to learn to be productive individuals.  English, Math, and Science of the day(because science is fluid), are the foundations of education. A perfect model for teachers should include teaching respect, highlighting how important and necessary  following laws are for society  and that adhering to boundaries in  public  venues are important concepts that allow them to fit nicely into society.

When children first enter school they  are like dry sponges and soak up what they see, hear, and experience.  They are vulnerable, because they have no reference to what is right and wrong, and trust that the lessons and experiences they get at school are what they need to know.  They are at the mercy of what the teachers want to teach them.  Today that is scary.  I think that is why so many parents are choosing to home school their kids, because the school system is supporting fake education.  Those parents don’t want to raise Snowflakes.  And parents sending their youngsters to public schools are prevented from having much of a say when they see ridiculous  things being taught  like the Common Core curriculum.  Some  teachers have been known to throw away a food item from a students lunch that they thought was  unhealthy or  inappropriate.  A wise teacher would have called the parent and had a discussion on what was best for the child.  A teacher with Snowflake inclinations would act like a bully and upset the child by tossing the food item in the garbage.

The decay of  society has left its mark on children.  They are seeing the government step in when their parents don’t or can’t work.  They see rewards for bad behavior.  Often this goes back a generation or two.  Welfare programs don’t seem to be geared to get families on their feet but feeds the “Let us take care of you”, mentality, because that is job security for  local, state and federal employees. And once the incentive to take care of one’s self  is removed, the rabbit hole grows in size.  The message kids get is, I don’t have to finish school, or work to survive.  There is a safety net that I can use, forever.

Another piece of the Snowflake  problem is the lack of discipline and accountability society has let slide by.  Society has changed the rules on how to discipline kids.  Kids know this. We  see classrooms in turmoil, because the misbehaving child feels there will be no consequences if they bully their classmates or teachers or disrupt the classroom just for the heck of it.  Kids have stuck up their noses and said “Make me, if you think you can”. Teachers almost need an armed guard in every classroom to keep order so they can teach. Often Society turns a blind eye and makes excuses  when kids bully and act out in gangs and protests that turn into  destructive behavior.  Recently at the University of California, Berkeley we all got to see the bully side of Snowflakes when they protested over a speaker they did not want to allow to speak.  A riot ensued.  The sickest part of this story is that Professors participated in the riot, and police were told to stand by and watch, and not try to stop the rioters, by their superiors, and the mayor also supported this behavior.  Here is an example where the face of education and society marry to help destroy and divide America. Shameful to say the least.

Motivation has been lost in the mix of goals for success for many.   Without a purpose these kids are left with boredom and turn to drugs, alcohol and hang out with like-minded kids who are prone to get into mischief. The rabbit hole keeps getting larger to the point of no return.  They begin to resemble puppets without any core beliefs.  They listen to fake news and eat it up.  They are lazy thinkers and follow whatever cause that comes along that sounds fun or exciting without looking around the corner to see what consequences lie ahead. I think they feel like empty shells, and worthless blobs most of the time.

Here are some stories about some Snowflake motivated events.

A few years ago in CO students walked out of their high school class to protest having to learn Capitalism in their economics class.  If I had been in charge I would have sent them home with a note telling their parents not to let their kids return until their  student was willing and eager to learn the courses being taught and why capitalism was important to understand.  If and when they returned I would have told them about dozens of workers who lost their jobs for participating in a” Day Without Immigrants” protest and walkout.  That is how a healthy educational system should respond.  The school missed out on a valuable teaching moment.

This next one gets the Bone Head Award of the century.  George WA University removed U. S. History as a requirement for their History Major.  Not too smart in my view.

Harvard Approved a Black Only Graduation Ceremony.   If whites had said “You have to have your own separate ceremony” there would have been a huge backlash?  All hell would have broken out.  They would have screamed, SEGREGATION.  Stanford , Temple and Columbia also have all black student graduations.  This is simply nuts and clearly a product of Snowflake thinking.

This example takes the cake.  At Texas A & M University located in the “Great state of Texas” and a “Conservative” state at that, a far left liberal, tenured professor, who does not even know how to speak proper English,  spewed “Kill White People” after seeing a Quentin Tarantino film named Diango, staring Jamie Foxx.  He said the film made killing white people look fun.  This story is packed full of Snowflakes.  The professor, the actor, the director, the writer of the screen play, and the audience who viewed the film.  There is a small ray of hope attached to this example.  The film was a flop, because the community of our brave men in law enforcement publicly boycotted it and the public’ out cry caused many Americans to follow suit.  Bravo for sanity sneaking in.

Educational systems and society have both let America down by not stopping this destructive movement.  I ask myself why.  I think the left wants to see America divided and think Snowflakes can help in that goal.  We are seeing lazy thinkers or better yet, non-thinkers.  Critical thinking is in a death spiral.  Garbage in, garbage out is the mantra.  Snowflakes are gobbling up fake news rapidly. What do these misguided kids think will happen if they go for an interview for a job, don’t get it, and throw a tantrum. Do they think that will change the outcome? Do they think they can sue the employer to force them to give them a job because they did not yield to their tantrum?

Nothing ever stays the same.  It either gets better or it gets worse. I cringe when I consider these Snowflakes might be our future leaders.  I suspect there are some Snowflakes already sprinkled in government, at all levels. Recently Seattle, WA’s Police Department said they were no longer using the word “suspects”….they now use the  words “Community members” in its place.  They also do not have the word” citizen” on their paperwork, because the person might not be a U. S. citizen.  I am convinced that Seattle is one HUGE SNOWFLAKE. Respect and knowledge trumps emotion and propaganda. I hope Society starts standing up to these misguided individuals sooner rather than later so America can get on the fast track of becoming great again.

6 Responses to What Has Turned Cinderella & Prince Charming into Snowflakes? Part 2, Society and the Education System