Trump’s Achilles Heel is His Trusting the Wrong Advisers.

Trump is a rookie. I don’t think he realized how huge and deep the swamp was going to be, until he got into office. I don’t think he had any idea that people wanted him to fail so badly they were willing to sacrifice  America. Trump is in the cross hairs of the left, the Never Trumpers in his own party and double agents like Lindsey Graham, and John McCain. Ryan has been little help in supporting Trump. He has Obama hold overs and Hillary’ trolls. He has George Soros handing out money to all kinds of groups willing to throw mud, hoping some will stick. I do believe he thought some of his opponents would come on board after he won the election. He looks at the world through his own lens, which is based on wanting to make America great. I think he believed more in  Washington were in that same camp. I think he hoped his party would stand united and back him, and they have not. I think Trump should have read the book “Lies the Government Told You” by Judge Andrew Napolitano. The Judge needs to write a follow-up book on, “Lies The Deep State and Your Cabinet is Telling You.” 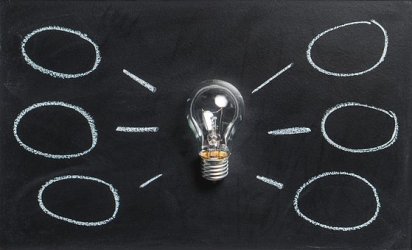 I was surprised when Trump didn’t fire Comey on the 21st of January. I think many ,who voted for him, were surprised as well. But having said that, I think he would have faced a fire storm no matter when the firing took place. I believe Comey is deeply imbedded in the unmasking situation, and that he was not interested in Susan Rice or anyone else testifying that would put nails in many coffins, including Obama and other heads of the security departments in Trumps administration.  I think Comey has many skeletons in his closet that will probably surface. The left hated him as much as the right until the firing, then of course they flipped.

Congress has worked their hardest in obstructing Trump’s cabinet from being approved.  Only last week his last cabinet member was approved. That is ridiculous but expected.  That has been a distraction for Trump.

I hope with Comey out the leakers and bad apples can be located and dealt with. Bill Still of Still Reporting had a video report some time ago saying that he thought Reince Priebus was the source of the leaks. One of his staff was fired, and she was also suspected, according to some insiders, of spilling the beans. I tend to think Still was correct in his reporting. He has hit the nail on the head many times in the past. Priebus is part of the establishment, was luke warm during the campaign, and is not particularly a dynamic team member, in my opinion.

I believe some of Trump’s advisors are giving him inaccurate information. I distrust the CIA, NSA, DHS and anyone left over in those agencies. I think Syria may have been set up to take the blame for the gassing of their people. I think a more thorough investigation should have been done before we bombed them. I would not be surprised if this mishandling wasn’t on the backs of the CIA. I realize many are jumping for joy, but I am not. The CIA thinks they run the country, or should, and their misinformation can certainly guide Trump in the wrong direction.  The deep state is trying to undermine Trump at every turn as well.

I Think Trump is being misled by Ivanka and Jared Kushner. I think he needs to step back and realize he is not being objective in having them as advisors. He is being blinded, big time, in my opinion.

I think Trump should kick the fake and hateful press to the curb, and have different venues to let We The People know what is happening. It is difficult to see those fools ask the same questions over and over then twist what they hear and lie, lie, lie, with straight faces. Trump is already having a weekly message. He could collect questions from the press and real people and answer those questions during that weekly address. He could hold mini press conferences when he signs a bill and ask reporters to submit questions to be answered at a later date. Right now the press briefings are a distraction. My recommendation is,  DO NOT GIVE ANYMORE NETWORK INTERVIEWS, PLEASE.  If the press is not going to treat you  fair Mr. President CUT THEM OFF.

I think some of Trump’s wisest choices have been Rex Tillerson, Jeff Sessions, Ben Carson, Rick Perry, Betsy DeVos and Ryan Zinke. There are others as well. He has made some wonderful strides in his short time in office. His accomplishments have been watered down, ignored and criticized by the press, and the Russian topic is being regurgitated constantly to distract from important issues that need to be addressed, like repealing  Obama care, and acting on tax reform.

Trump is pulling an elephant up hill, and will experience that the whole time he is in office. He needs to listen to people outside his bubble and find out what news he is being denied. Newt Gingrich, Huckabee, the people at Judicial Watch, and Freedom Watch would be good choices. There are others. He needs to clean house on a grander scale than what he has done so far. He needs to fine-tune his advisors. I belive Bannon should be listened to more, because he doesn’t seem to be tainted by the D.C. bubble mind-set, and Ivanka doesn’t like him.  That gives him high marks in my opinion.  Let Mrs. Kushner keep her focus on families and child rearing issues and promoting women in the work force.

I don’t think we have ever seen a harder working president than Trump, at least in my life time. I just think he needs to work smarter. I have faith that he will figure out what to do next. He is rough around the edges, but he loves this country more than most in D.C., and around the country. Newt said in an interview or maybe it was in his new book, “Trump Can’t Do It Alone”. Trump is our miracle. Let’s pray for him, his safety and his guidance, and let’s all get behind him to MAKE AMERICA  GREAT AGAIN. GOD BLESS AMERICA.